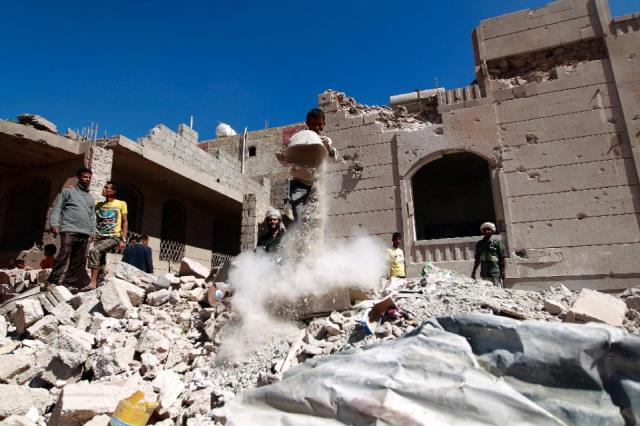 Yemeni loyalists supported by a Saudi-led coalition battled Sunday to oust Iran-backed rebels from a southern province where they have made gains in recent weeks, with at least 16 reported dead.

Daleh is one of five southern provinces which the coalition-backed loyalists retook from the rebels in a July offensive.

But the Shiite Huthi rebels and their allies managed to recapture the province’s second-largest city, Damt, earlier this month.

Loyalists control Marib city but have so far failed to secure the rest of the province, the source of much of Yemen’s oil output.

In third city Taez, in Yemen’s southwest, where a loyalist garrison has been under rebel siege for months, three civilians were killed and at least 20 wounded by rebel mortar fire late on Saturday, medical and military sources said.

Loyalist troops and their coalition backers launched an offensive to try to break the siege earlier this month but it has made little headway.

In rebel-held Sanaa, coalition aircraft carried out what a military source described as the heaviest strikes in weeks.

The rebels overran Sanaa in September last year before capturing much of the rest of the country and forcing the government into exile.

President Abedrabbo Mansour Hadi returned from neighbouring Saudi Arabia on November 18, two days after the offensive to relieve the siege of Taez began.

The United Nations says more than 5,700 people have been killed in Yemen since the Saudi-led intervention began in March, nearly half of them civilians.