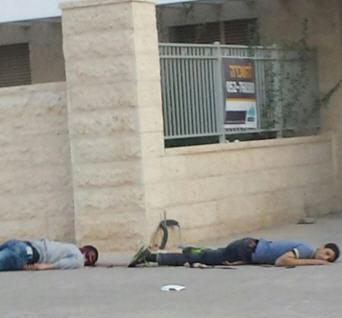 The Jerusalem District Prosecutor on Thursday served an indictment against one of two Arab terrorists who committed a stabbing attack in Beit Shemesh, which left a yeshiva student hospitalized with multiple stab wounds. 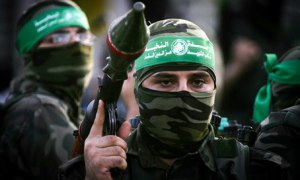 Muqdad Alkhikh, a 20-year-old resident of the village of Tzurif near Hevron, is charged with attempted murder and possession of a knife. 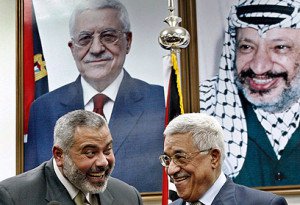 Alkhikh traveled to the Ramat Beit Shemesh neighborhood on the morning of October 22 along with an accomplice with the intent to murder as many Jews as possible. They were armed with a total of four knives between them, and were wearing t-shirts bearing the logo of Hamas’s military wing, the Ezzedine al-Qassam Brigades.

The two terrorists waited at a bus stop for an opportune moment to carry out their attack. When a school bus filled with elementary school-age children stopped to pick up students, the two would-be murderers attempted to board with the intent of slaughtering the children on board, but were prevented from doing so by the driver, who shut the doors and told them it was not a public bus. 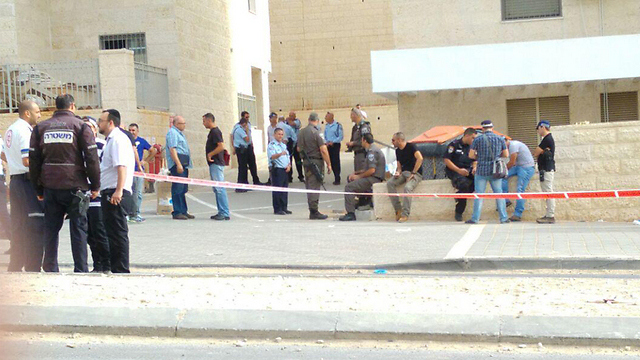 Shortly afterwards their plan began to unravel; as worshipers exited a nearby synagogue and a police patrol car – which had been called by a resident who noticed the men acting suspiciously – approached, they pounced on a young man exiting the synagogue and stabbed him repeatedly in his head and chest.

Police then opened fire on the terrorists immediately, killing one and critically injuring Akhikh, bringing the attack to a swift end.