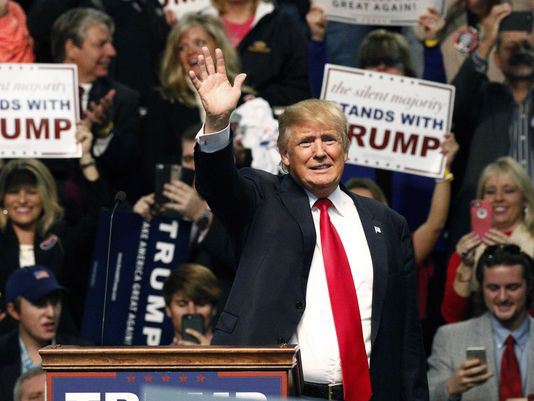 Republican presidential front-runner Donald Trump says the nuclear deal with Iran is so bad, he is close to wondering whether it was done poorly on purpose.
“It’s almost like there has to be something else going on,” he said Saturday night at a rally in Biloxi, Miss. “I don’t think there is, I just don’t think they’re competent.”
Trump said he couldn’t believe the U.S. would agree to a deal with Iran that did not include the return of Americans held prisoner in Iran.
“Who would make that deal?” he asked, suggesting Tehran was celebrating as the agreement was being negotiated.
The billionaire businessman said American negotiators should have began the process by insisting on getting the prisoners back.
He said Iran would have refused, but afterward, “you double and triple up your sanctions” and it would change Iran’s tune.
Trump pledged of the prisoners: “They will be out before I take office.”
And of Secretary of State John Kerry: “I can’t believe they didn’t walk from that negotiation.”
“People want, not that phony Obama change,” he added. “People want strength, they want competence.”