Donald Trump’s anti-Muslim rhetoric throughout the 2016 presidential campaign has sparked outrage from members of the American Muslim community, and for a University of Wisconsin Muslim student, Alaa Fleifel, it has sparked fear. 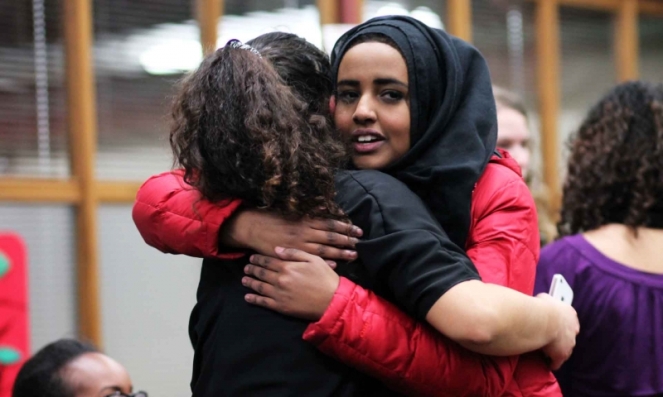 Daily Cardinal  In December, Trump called for a “total and complete” ban on Muslim immigrants entering the United States, just weeks after he proposed registering Muslim Americans in “some type of database.” “When people get riled up about hating Muslims, eventually Muslims are not seen as human, [and] they become easy targets,” Fleifel said. “I honestly have felt somewhat unsafe.” (Good, go home)

Amid a presidential campaign that has centered on issues relating to Islamic extremism, Fleifel’s comments echo the sentiments of many in the UW Muslim community. 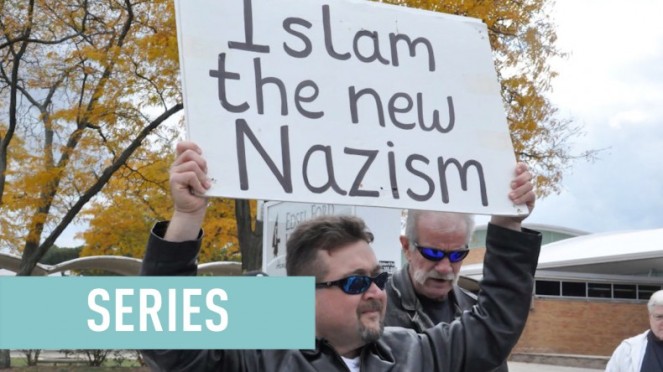 Although much emphasis has been placed on Trump, anti-Islamic sentiment has been common since well before this election cycle. According to a poll conducted in 2015 by the Public Religion Research Institute, 56% of Americans believe Islam is “at odds” with American “values and way of life.” (No, it’s  higher than 56% now,  more like 67%)

Political experts say Trump is capitalizing on Americans’ frustration and growing hatred against Muslims. During a recent discussion about Islam at the ‘Multicultural’ Student Center, some Muslim students said although Trump and other Republican candidates may be furthering Islamophobic sentiment in the U.S., they are not the root of the problem.

“[Trump’s rise] was inevitable,” said one Muslim student. “Division already existed … The channel by which this division was created is the media.” (Not the media, the ALTERNATIVE media) “Trump has not changed anything,” said UW student Naman Siad. “People have just gotten more confident in their hatred for Muslims because they have a spokesperson.” (Yes!) 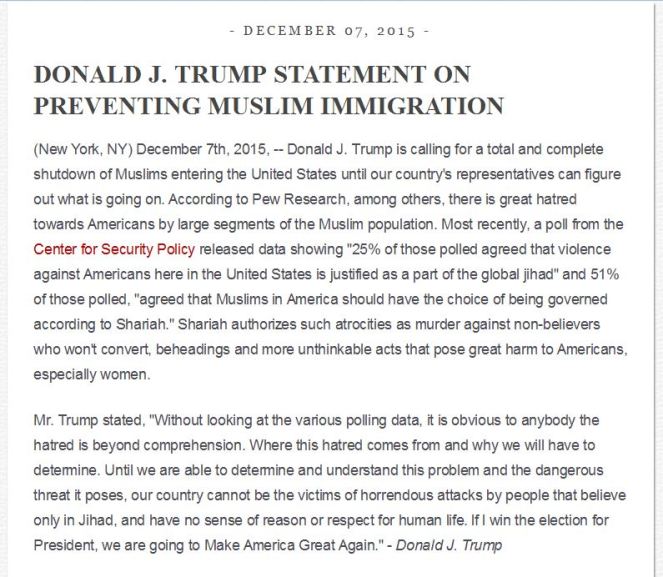 Even in Madison, a city widely seen as a bastion of liberalism, Muslim students can be the targets of hateful speech. Fleifel said she and other friends who wear the hijab have been harassed and accused of belonging to ISIS on the UW campus. More often, though, prejudice against Muslims in the UW community is more nuanced.

Dr. Hayder Al-Mohammad, an assistant professor in the UW Department of Anthropology, said the bulk of the prejudice he sees is “wrapped up in much ‘liberal politeness.’”

“I was raised in the UK, yet at UW people find it difficult not to reference my ‘culture.’ I have a thick London accent yet the ‘culture’ being referred to is not British,” Al-Mohammad said. “Rather, my ‘culture’ is one meant to align more with my skin color and curly hair. This form of prejudice is exhausting.” (No, it’s about your religion, NOT your race)

Many Blacks, Hispanics, and even some Muslims support Trump

Muslim students said because so many of their peers have had little or no contact with Muslims in the past, some do not know how to be respectful toward people of unfamiliar cultures or faiths. (Muslims DEMAND respect, they never try to earn it)

“It delegitimizes my American identity when people tell me I speak English really well,” Siad said. “English is my first language.” “People don’t sit next to me in class,” said student Dania Shoukfeh. “You just kind of get used to it after a while.”

Some also point out that Muslim students may be treated differently because of their religion. White students make up more than three-quarters of the UW student body, and students of color can find it difficult to find a community.

“Identifying as a minority in a predominantly white campus has brought conflicting feelings,” Fleifel said. “[Prejudice] is not the case for Muslims alone, but for minorities in general.” (Muslims are white, too)

Al-Mohammad also said the line between racism and Islamophobia can be difficult to determine. Muslim students are “kept apart from much of UW life” not just because of their beliefs, but also because of their skin color, he said.(Nothing to do with skin color, it’s the religion that people hate)

“What might seem as prejudice against Islam could just be old fashioned racism masking itself under more acceptable forms of hate,” he said. (What RACE is Islam?)

Al-Mohammad said removing barriers between students of different races is essential for eliminating prejudice against Muslims. (Anti-Muslim hatred has nothing to do with race. People hate Muslims of all races)

“When you can have white, black and Hispanic students engaging each other as equals and peers at UW—we’re a long way off from that—I assure you anti-Islamism goes away.”(Not until Islam goes away)