The sheer volume of polygamous marriages shows that such marriages are also entered into in Europe, in secret, through Islamic marriage ceremonies conducted by imams. In most European countries, imams are not required to report these marriages to the authorities.Daham Al Hasan fled from Syria to Denmark, leaving behind his three wives and 20 children. Under the Danish rules of family unification, one of his wives and eight of his children have joined him in Denmark.

But Al Hasan wants all his children with him, as well as all his wives. Lawyers estimate that the remaining wives will be able to join their children in Denmark. The case has caused a shock not only because of what it will cost the Danish state just in child allowance, but because Al Hassan claims that he is too ill to work or even learn Danish. “I don’t only have mental problems, but also physical problems…” He has admitted that his “mental illness” consists of missing the children he voluntarily left behind.Even if theoretically women can go to the police or press charges, they run the risk of being beaten or possibly divorced. Women’s shelters are “full of Muslim women.”The spokeswoman of Germany’s Federal Employment Agency said that the establishment of a central registry of Islamic marriages would be helpful for investigating claims of fraud.

A few years ago, Sweden’s Center Party, one of the four parties in the center-right governing coalition at the time, proposed legalizing polygamy. The idea caused outrage; the proposal was dropped. The party’s youth division, however, refused to let go: “We think it is important for the individual to decide how many people he or she wants to marry,” said Hanna Wagenius, head of Center Youth, predicting that polygamy would be legal in ten years, when her generation would enter parliament and make sure of it.

Sweden is not the only place in Scandinavia where “idealistic” youths have advocated polygamy. In 2012, the youth division of Denmark’s Radikale Venstre Party (“Radical Left”), then part of the governing coalition in Denmark, also proposed that polygamy should be legalized in Denmark. The move came four years after an Iraqi asylum seeker, who had worked for the Danish military in Iraq as a translator and then fled to Denmark, arrived with two wives. As Denmark does not recognize bigamy and as he refused to divorce his second wife, he returned to Iraq. “It is unacceptable that we are so narrow-minded in Denmark, and will not help a man who has helped us. We want to do something about that,” Ditte Søndergaard, head of Radikale Venstre Youth, said at the time. The proposal, however, did not find favor with any of the other political parties.

As far-fetched as these proposals may sound, they signify the shifts taking place in the West regarding fundamental ethical issues of gender equality and the willingness to accommodate Islamic sharia law. They are also proof of an enduring willful blindness to the detrimental effects of the practice of polygamy, not only in terms of financial costs to the state, but also to the Muslim women and children, whose rights these young politicians purport to support. 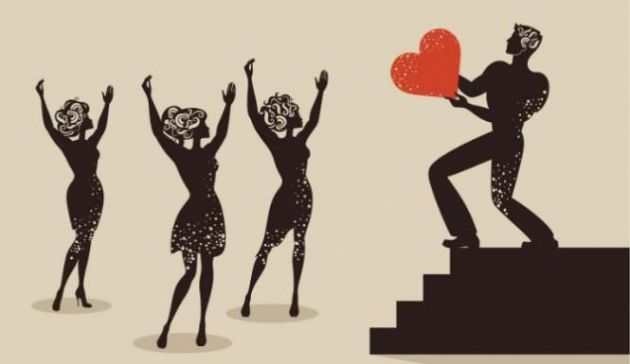 Muslim polygamy is only rarely debated in the media. The practice, therefore, despite its spread across the European continent — spanning, among other countries, Sweden, Denmark, the UK, Germany, France and the Netherlands — continues largely to hide under the public radar. As the practice is illegal across the continent and therefore not supposed to exist, there are no official statistics of polygamous marriages anywhere in Europe.

Several countries, such as the UK, the Netherlands, Sweden and France, nevertheless recognize Muslim polygamous marriages if they were contracted abroad under certain circumstances, such as if polygamy is legal in the country where the marriage took place. It is estimated that as many as 20,000 polygamous Muslim marriages exist in Britain. In France, as polygamy was legal until 1993, the minimum estimate as early as 2006 was around 20,000 polygamous marriages. In Germany, it was estimated in 2012 that, in Berlin alone, 30% of all Arab men were married to more than one wife.

In April, Swedish professor Göran Lind argued that it was time to “put one’s foot down” regarding polygamy in Sweden, after it was disclosed that Sweden had recognized “hundreds” of polygamous marriages contracted abroad. Professor Lind pointed out that polygamy is not compatible with Swedish law, especially the principles of equal treatment of spouses, the equality of all human beings, and the prohibition against discrimination on the basis of gender, as codified in the European Convention on Human Rights. One might add to those the principles enshrined in the UN’s Convention on the Elimination of All Discrimination Against Women, article 16, according to which,

“States Parties shall take all appropriate measures to eliminate discrimination against women in all matters relating to marriage and family relations and in particular shall ensure, on a basis of equality of men and women:

“(a) The same right to enter into marriage;

“(b) The same right freely to choose a spouse and to enter into marriage only with their free and full consent.”

Considering how much time leading European politicians spend on assuring their electorates of their dedication to human rights, their tacit acceptance of these glaring violations of women’s rights, as enshrined in the above conventions, which polygamy constitutes, is rather peculiar.The sheer volume of polygamous marriages, however, attests to the fact that such marriages are also entered into in Europe, in secret, through Islamic marriage ceremonies conducted by imams. In most European countries, imams are not required to report these marriages to the authorities. Therefore, despite the probable knowledge of the authorities, this illegal practice is basically allowed to flourish unhindered. As Islamic marriage does not legally exist in Europe, the woman entering into the union is left legally stranded and vulnerable with no means — other than the local imam or sharia council — of getting out of the marriage. Even if women can theoretically go to the police or press charges, they run the risk of being beaten or possibly divorced. Women’s shelters are “full of Muslim women,” as Ayaan Hirsi Ali, who worked in them,attests.

Polygamous Muslim marriages are bound to become an even bigger problem in the wake of the migrant crisis.In Denmark these days, Daham Al Hasan is making headlines. He has twenty children with three wives, but two years ago fled alone from Syria to Denmark, and left his wives and children behind. Recently, under the Danish rules of family unification, one of his wives and eight of his children have joined him in Denmark. But Al Hasan wants all his children with him, as well as all his wives. He has been granted permission for nine additional children to join him, but as Denmark does not allow polygamy, the two remaining wives, under the same rules of family unification, are not permitted to join him. Lawyers, however, estimate that the remaining wives will also be able independently to join their children in Denmark, once they are there.

The case has caused rather a shock in Denmark, not only because of the extraordinary size of the family, and what it will cost the Danish state just in child allowance, but because Al Hassan claims that he is too ill to work or even to learn Danish. “I don’t only have mental problems, but also physical problems”, he says by way of explanation, “My back and my legs hurt.” He hasadmitted that his “mental illness” consists of missing the children he voluntarily left behind. This means that he and his family live exclusively off the Danish taxpayers’ money.

What is noteworthy about the current debate, however, is what is not being debated: namely that Al Hassan is a polygamist. While it is only natural that politicians and citizens feel violated and aggrieved about the financial costs to the Danish state, they should be equally concerned about the practice of polygamy. Yet not a single Danish feminist has spoken out about it.

In the television documentary, “Sharia in Denmark”, several imams recorded on a secret camera answered in the affirmative and without the least hesitation the question of whether a woman’s husband was allowed to take another wife against his first wife’s wish. For them, in fact, despite the fact that they live in a country where bigamy and polygamy are prohibited, for a man to take a second, third or fourth wife regardless of what any of them thought, seemed perfectly natural.

A qualitative study about Muslim women in Denmark from 2009, performed by Tina Magaard for the Danish Ministry of Welfare, documented the practice of polygamy among Danish Muslims. One Turkish woman told the interviewers:

“A growing group of women marries a man who is already married. They get married by an imam because then they become more accepted. Apparently, they have no alternative. They become ostracized if they were divorced and are on their own. Many would rather live a life where they get an identity — then they belong somewhere and then they are accepted. And it is sad that it exists in Denmark. I think if they could count the numbers, which is very difficult, they are probably much higher than we think.”

“This [polygamy] is something that I have really seen a lot of, there was a period when it became fashionable. I think it was five or six years ago, it was crazy, I think almost every second couple I knew, the man got himself an extra wife. But then, after a year or so, he regretted it or he divorced the first wife. I actually think there were twelve from my circle of friends where the husband got himself another wife.”

In a German documentary from 2013, the journalists found that Muslim men used polygamy as a means to commit fraud and obtain more welfare benefits. The tactic was to have their wives claim at the Employment Center that they were single women who did not know the father of their children. The story works because Germany, like other European countries, has no way of ascertaining the existence of an Islamic marriage, especially as German law does not obligate women to inform the authorities of their marital status.

The woman then said that the establishment of a central registry of Islamic marriages would be most helpful and desirable, as it would make possible investigating claims of fraud; but that this was a matter for the politicians.