“The items found in a lock-up garage sparked concern that potential attackers could have been plotting to pose as police and other officials.”

After all, Muhammad said it: “War is deceit.”

“Belgium hunts terror ring over ‘fake police’ plot,” by Greg Heffer, Sky News, July 6, 2017 (thanks to The Religion of Peace):

Police are hunting “several” members of a Belgian terror ring amid fears of a possible attack if the group “feel cornered”.

The ongoing search follows the discovery of a stash of weapons in a Brussels suburb, including Kalashnikov assault rifles, smaller firearms, ammunition, bullet proof vests, detonators, a blue police beacon and security and police uniforms.

The items found in a lock-up garage sparked concern that potential attackers could have been plotting to pose as police and other officials. 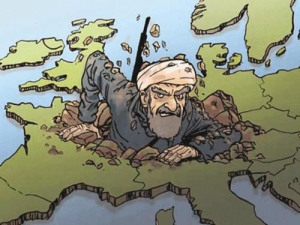 It is also feared the discovery of the store, which followed the search of six properties, could provoke an attack similar to the bombings in the Belgian capital last year.

The attack on an airport and a metro station on 22 March, 2016, which killed 32 and injured more than 300, occurred after police uncovered a weapons cache as they hunted an Islamic State cell linked to attacks in Paris the year before.

Police charged two brothers of a convicted jihadist on Wednesday but revealed on Thursday they are looking for further members of a possible terror cell…. 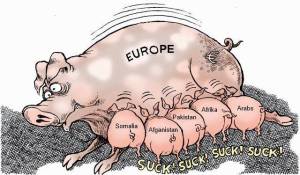 Belgian nationals Akim and Khalid Saouti, who were among four people detained in overnight raids on Tuesday, are believed to be the brothers of Said Saouti, a member of the Kamikaze Riders motorcycle club.

They were charged on Wednesday with belonging to a “terrorist group” and suspected of planning an attack.

Last year, Said was jailed for recruiting people to jihadist organisations and supporting IS on social media. 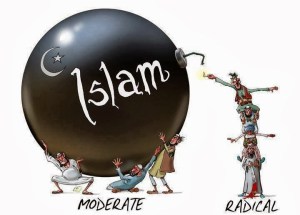 The Kamikaze Riders are feared to be closely associated with terror groups active in Iraq and Syria and were suspected to be linked to foiled attacks in Brussels in late 2015….