This is not some aberration. There are many more mosques where this kind of thing is preached, because the Qur’an depicts the Jews as inveterately evil and bent on destroying the well-being of the Muslims. They are the strongest of all people in enmity toward the Muslims (5:82); as fabricating things and falsely ascribing them to Allah (2:79; 3:75, 3:181); claiming that Allah’s power is limited (5:64); loving to listen to lies (5:41); disobeying Allah and never observing his commands (5:13); disputing and quarreling (2:247); hiding the truth and misleading people (3:78); staging rebellion against the prophets and rejecting their guidance (2:55); being hypocritical (2:14, 2:44); giving preference to their own interests over the teachings of Muhammad (2:87); wishing evil for people and trying to mislead them (2:109); feeling pain when others are happy or fortunate (3:120); being arrogant about their being Allah’s beloved people (5:18); devouring people’s wealth by subterfuge (4:161); slandering the true religion and being cursed by Allah (4:46); killing the prophets (2:61); being merciless and heartless (2:74); never keeping their promises or fulfilling their words (2:100); being unrestrained in committing sins (5:79); being cowardly (59:13-14); being miserly (4:53); being transformed into apes and pigs for breaking the Sabbath (2:63-65; 5:59-60; 7:166); and more. 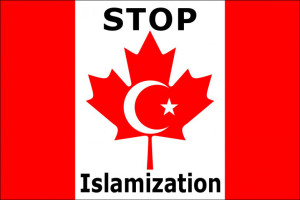 TORONTO—A Montreal mosque where an imam had prayed for Jews to be killed “one by one” is facing fresh calls for an investigation after more videos surfaced online showing anti-Semitic preaching.

The Middle East Media Research Institute released a video on Tuesday of sermons in which an imam at the Al Andalous Islamic Centre conveyed conspiracy theories about Jews, their history and their origins.

Sheikh Wael Al-Ghitawi is shown in the video clips claiming that Jews were “people who slayed the prophets, shed their blood and cursed the Lord,” reported MEMRI, which translated the Friday sermons. 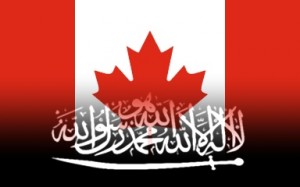 The imam went on to say Jews were the descendants of “Turkish mongols” and had been “punished by Allah,” who made them “wander in the land.” He further said that Jews had no historical ties to Jerusalem or Palestine.

The view conveyed by the imam has typically been used to deny that Jews have a connection to the land of Israel, said Rabbi Reuben Poupko, co-chair of the Quebec branch of the Centre for Israel and Jewish Affairs.

“This is a bizarre strain of radical propaganda. It appears in the writings of Hamas and other groups like it and claims to debunk Jewish history,” said the rabbi, who said it was “unseemly” to use a religious service to propagate hate.

He said he did not believe such views, as well as the “deeply troubling” earlier calls to violence, were supported by the broader Muslim community “but its presence in this mosque needs to be investigated.”

The videos were posted on YouTube in November 2014. The centre was already in the spotlight over an August 2014 video that showed an imam asking Allah to “destroy the accursed Jews,” and “kill them one by one.”

In a press release last week concerning the August 2014 video, the mosque administration blamed “clumsy and unacceptable phrasing” by a substitute imam, whose wording was “tainted by an abusive generalization.” The mosque could not be reached for comment about the most recent video. 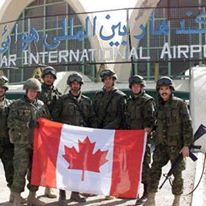 “If you examine the annals of history you will see that the Jews do not have any historical right to Palestine,” Al-Ghitawi said in the latest video. He claimed there was “not a single Jew in Jerusalem and Palestine” for lengthy periods.

“Jerusalem is Arabic and Islamic,” he said at a separate sermon. “It is our land, the land of our fathers and forefathers. We are the people most entitled to it. We will not forsake a single inch of this land.”…