Children in this world do not dream about becoming doctors, pilots or engineers; an entire generation of Palestinians, particularly those in the Gaza Strip, has been raised on the glorification of suicide bombers and anyone who kills a Jew.Hamas, Islamic Jihad and other radical groups see children as future “soldiers” in the war to eliminate Israel. They raise children to regard to suicide bombers and jihadis as role models.This form of child abuse does not seem to bother human rights organizations or UNICEF, whose declared goal is to “work for a world in which every child has a fair chance in life and a right to survive, thrive and fulfill their potential…”

UNICEF apparently does not believe its mandate extends to Palestinian children, who are exploited to serve the interests of Islamist groups.In the view of human rights organizations, recruiting Palestinian children to the ranks of Islamist terror groups does not constitute child abuse.What is the world prepared to do in order to combat this child abuse? UNICEF and other international bodies may not have time to deal with such issues at present, because they are too busy thinking about the next resolution to condemn Israel. 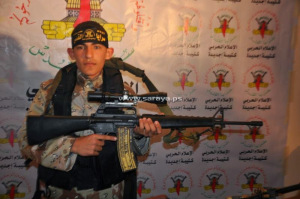 Children have long become an integral part of “military” parades held in the Gaza Strip by various Palestinian groups. But this form of child abuse does not seem to bother human rights organizations or the United Nations Children’s Fund (UNICEF), whose declared goal is to “work for a world in which every child has a fair chance in life and a right to survive, thrive and fulfill their potential — to the benefit of a better world.” It seems that UNICEF does not believe that its mandate extends to Palestinian children, who are exploited to serve the interests of Islamist groups.

In the Gaza Strip, children are taught not only to hate Israel, but also to prepare themselves for jihad (holy war) against the “Zionist enemy.” Hamas, the Islamic Jihad Movement, and other radical groups see children as future “soldiers” in the war to eliminate Israel. They raise children to regard suicide bombers and jihadis as role models.

Children in this world do not dream about becoming doctors, pilots or engineers. Rather, they dream of destroying Israel and “liberating Palestine.” In fact, an entire generation of Palestinians, particularly those in the Gaza Strip, has been raised on the glorification of suicide bombers and anyone who kills a Jew. With enough sacrifices, they are taught, the destruction of Israel is not a far-fetched dream. They alone embody the future hope of the Palestinians to see Israel removed from the face of the earth. Forget becoming a physician: their job is to continue what their fathers failed to achieve.

All the while, both local and international human rights organizations look the other way. In their view, recruiting Palestinian children to the ranks of Islamist terror groups does not constitute child abuse. 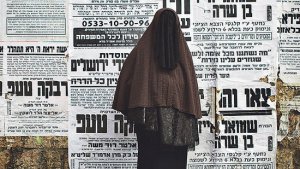 Yet not only human rights groups turn a blind eye to this child abuse. The Palestinian Authority (PA), which relies heavily on Western donors for its survival, has also chosen to bury its head in the sand regarding this disturbing practice, which has become widespread in the Gaza Strip in recent years.

While the PA has no control over the Gaza Strip, its leaders, especially President Mahmoud Abbas, might be expected to condemn the exploitation and brainwashing of children. What Abbas and other PA leaders fail to understand is that these children also pose a real threat to them. The radicalized children grow up not only to hate Jews, but also any Palestinian leader who claims to seek peace with Israel. The very poison that is being injected into the minds and hearts of these children will come back to haunt those Palestinian leaders who sit idly by as the indoctrination occurs. 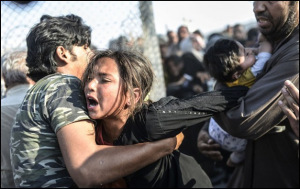 It is precisely these jihad-abused children who in a few short years will turn against the same leaders who poison their hearts and minds because they regard the leaders as too “moderate.” Moreover, it is this incitement that drives Palestinians into the open arms of Hamas and Islamic Jihad, the two groups that are considered political foes of the PA leadership and that strongly oppose any peaceful settlement with Israel. 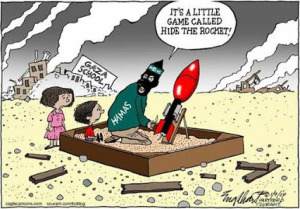 Strikingly, the children are not being brainwashed in secret, behind closed doors. On the contrary; it is taking place in broad daylight, with those responsible boasting of it and inviting the world to see how they prepare the next generation of jihadis. 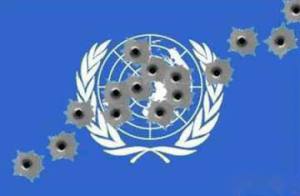 Summer camps where children undergo military training are not new to the Gaza Strip. They operated there long before Hamas’s violent takeover of the Strip. But now, one no longer has to wait until the children are off from school and attend one of the summer camps there to see such scenes. Children clad in military uniforms and brandishing automatic rifles can be seen throughout the Gaza Strip almost every other week. The parents, by and large, seem “proud” that their sons and daughters are being taught that jihad is the only way to “liberate Palestine.”

Take, for example, the recent rally organized by the Iranian-backed Islamic Jihad Movement in Palestine on the occasion of its 29th anniversary. The group’s declared objective is to destroy Israel and establish a sovereign, Islamic state. The rally was also to commemorate the anniversary of the assassination of the group’s leader, Fathi Shikaki, who was gunned down on October 26, 1995 in front of the Diplomat Hotel in Sliema, Malta, presumably by Israeli agents.

The “stars” at the rally were dozens of boys and girls who came — or more accurately were brought — to the rally to express their support for the Islamic Jihad Movement in Palestine, and its goals.

Most of the children appeared in camouflage military outfits, some carrying real or fake automatic rifles, and wearing headbands carrying the name of the group’s armed wing, Al-Quds Brigades. And here is a quick reminder: the Brigades are responsible for a series of suicide bombings and other terror attacks on Israeli civilians and soldiers. They are also behind many of the rockets that have been fired into Israel in recent years. The children are celebrated and lionized as “cubs and flowers.”

The rally, which drew thousands of Palestinians, was held under the banner of “Jihad is our Renewed Birth.” Translated, this means that the group is repeating its commitment to pursue holy war against Israel and Jews in order to achieve its goal of establishing an ISIS-style Islamic state. Later, the group proudly announced that a month-old infant named Sham Al-Zaq was the youngest Palestinian to attend the rally. The group even posted a photo of the baby girldressed in a military outfit.